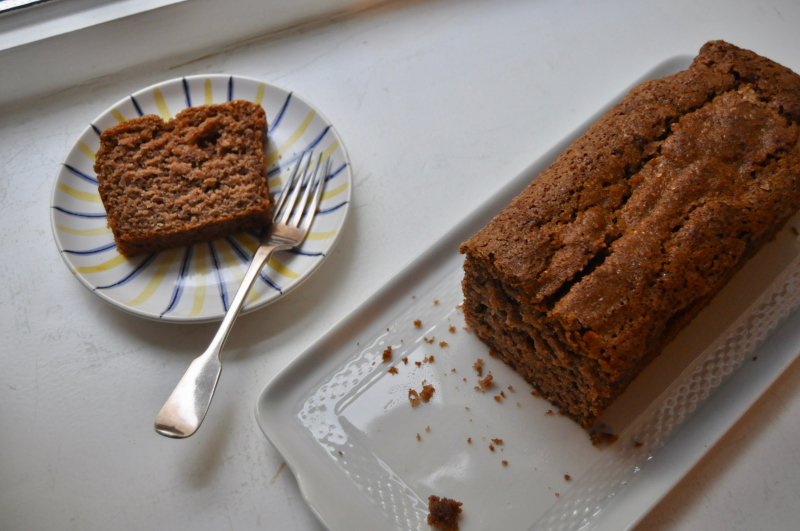 I know that there is nothing more tedious than reading about other people's special diets, but I'm going to be posting about gluten-free baking more frequently here and I would like to explain the shift. I'll try to keep things brief, but obviously, if you have questions about any of it, please feel free to ask away below.

I recently stopped eating gluten for good. It was a long time coming. Several years ago, after the fog of my second pregnancy lifted, I noticed lots of persistent and painful digestive symptoms. On my doctor's advice, I tried eliminating various foods out of my diet. The most noticeable difference happened when I stopped eating gluten, but, I mean, I love gluten. I LOVE IT. I love eating it and baking with it, bread and pies and pasta and toast and cakes and cookies and and and...I really just didn't want it to be true. Plus, some pesky and particularly worrying symptoms remained regardless of what I ate or didn't eat.

I ended up having a colonoscopy, during which a pretty large precancerous polyp was discovered and removed. It was a scary experience. The handsome gastroenterologist, who'd been a little scornful about why I was showing up for a colonoscopy at the age of 40, turned white as a sheet after the procedure and told me that my GP, who had insisted on the colonoscopy despite my young age, had saved my life. Uh, yay? Around the same time, I was diagnosed with stress-related gastritis. During the endoscopy for that, I was tested for celiac disease, which turned out to be negative, thankfully.

I took a course of antibiotics for the gastritis and tried to reduce my stress (ha ha haaaa) and things slowly calmed down. Still, even when all the scary stuff was out of the way, I still dealt regularly with pain and bloating and other unpleasant things. I tried the FODMAP diet for a while, which sort of helped. I tried replacing all regular bread with sourdough, which also sort of helped. But eventually, I cut gluten out entirely, and it has made a world of difference. In fact, it made me realize for just how long I'd been dealing with digestive pain, anxiety and distress. It long predates having children, that's for sure.

So that's that. I don't have celiac, but I do have gluten intolerance. I've stopped eating gluten, but luckily, I don't have to worry too much about cross-contamination. For example, when we have pasta for dinner, I make regular pasta for my family and gluten-free pasta for me, but when I have to test the pasta, I know that half a wheat noodle isn't going to hurt me. But I recently ate a piece of regular birthday cake at Bruno's birthday (how bad could it be to have just one piece?) and I was in so much pain and discomfort the next day that I really regretted it (damn, it was a good piece of cake, though).

Going gluten-free without celiac disease isn't a terrible hardship. Good-quality gluten-free pasta and bread isn't that hard to find anymore (and I'm lucky enough to live sort of close to the most amazing gluten-free sourdough bakery called Aera) and I have loved the challenge of discovering the huge variety of Asian noodles that are naturally gluten-free, as well as cooking more with rice and other gluten-free grains. But gluten-free baking really is a whole other ball of wax.

As I wrote on Instagram the other day, after a lifetime of home baking, it's been humbling, to say the least, to dip my toes into the waters of gluten-free baking. So much trial and error. So many failed experiments. What I have realized is that my only goal, really, is to learn to make gluten-free things that are delicious in their own right and that people will want to eat even if they aren't gluten-intolerant. 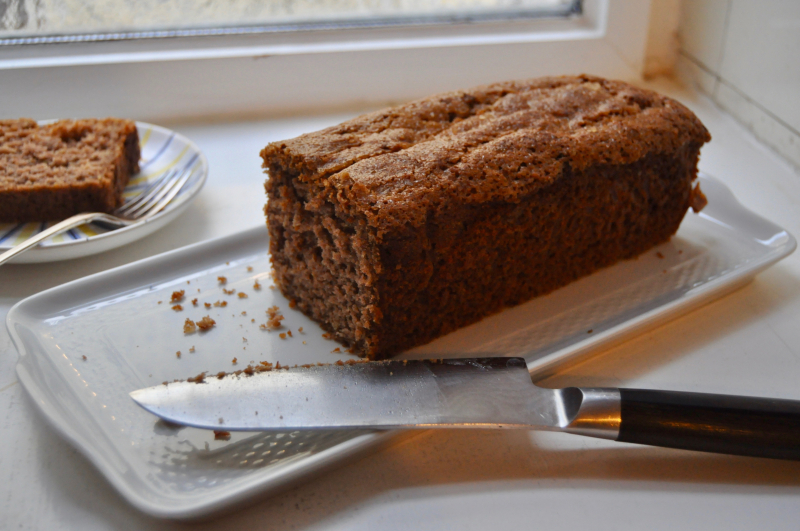 Which means that now I can finally get to the thing I really wanted to tell you about! This cake!

The recipe originally comes from the self-titled baking fairy godmother herself, Erin Jeanne McDowell, and isn't gluten-free to start with, but I fiddled with the ingredients a little bit (after an ill-fated experiment with a different applesauce cake that was so sandy as to be rather repulsive) and ended up with a cake so tender and lovely that we couldn't stop eating it. It was my tea break cake and Hugo's breakfast cake for nearly a week! It's the kind of cake that you want living on your counter permanently, with a velvety crumb, a wonderfully chewy-crunchy top and a whole lot of cozy flavor.

You'll need apple butter, which I make every fall after we go apple picking, using this brilliant recipe. This year I made the apple butter in the Instant Pot, which made things go so much quicker, so I very much recommend that little shortcut. You'll also need an all-purpose gluten-free flour blend. I use one from Schär, because it's what I can get at my local grocery store here. Two things I've learned from kind commenters and some reading is that adding a little bit of oat flour to a gluten-free cake or cookie can help provide a better, less gritty crumb and that it's essential to let gluten-free cake batter (and other baking mixtures, I assume) sit a bit to hydrate the flours properly. I reduced the amount of sugar from the original and I think it's the perfect amount of sweet.

Below you'll find the recipe as I made it (the original is here). I hope you like it as much as we did. Next time, I'll try folding in a handful of walnuts and the time after that, a handful of fresh cranberries. (If you stick to the original recipe, I still think you can leave out the brown sugar entirely.)

And if you have any tips or tricks or favorite gluten-free recipes or sites or books to recommend, have at it in the comments! I'd be so grateful.

1. Heat the oven to 350 degrees F (180 Celsius) and line a 9-by-5-inch loaf pan with parchment paper. In a medium bowl, whisk together the all-purpose flour, oat flour, baking soda, cinnamon, allspice, nutmeg and salt to combine. Set aside.

2. In a large bowl, whisk the oil and sugar until well combined. Add the eggs one at a time and whisk well after each addition to incorporate. Whisk in the vanilla extract.

3. Add the flour mixture and stir just to combine. Add the apple butter and yogurt and mix well to incorporate. Pour the batter into the prepared loaf pan and smooth the top. Set aside to rest for 8-10 minutes.

4. Sprinkle the surface of the loaf generously with turbinado sugar. Bake until a toothpick inserted into the center comes out clean, 45 to 55 minutes. Let cool for 20 minutes in the pan, then, using the parchment paper as a sling, pull the cake out onto a rack to cool completely before slicing and serving. The cake, loosely wrapped with plastic wrap, will last at room temperature for five days.