Now We Are Four 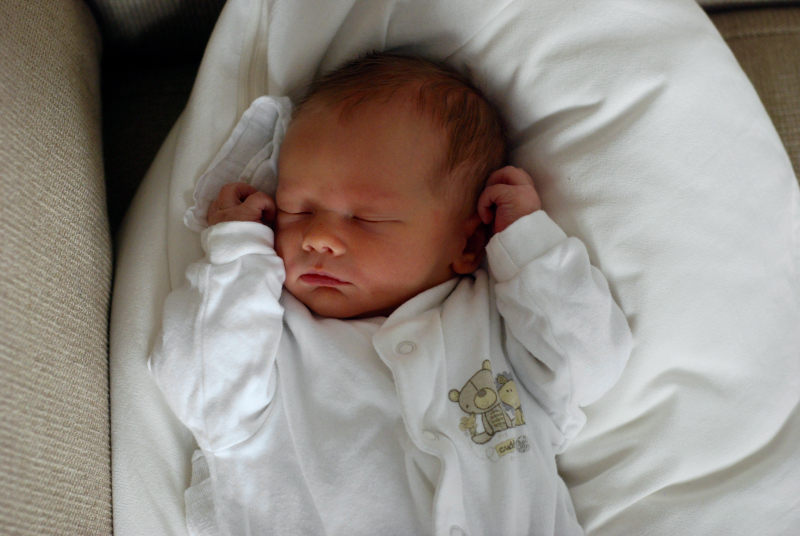 Just over six weeks ago, we welcomed our darling boy Bruno into the world. He is a gentle little soul who sleeps a lot and, when awake, stares quietly into my eyes (or the space just behind my head). His big brother is besotted with him and would like nothing more than for Bruno to just move into his room already so Hugo can be left alone to shower him with endless kisses.

As an only child, I always wondered what it would be like to have two children to love. How could it be possible to feel equally about both children, to love a second child just as much as you did the first? Well, spoiler alert, turns out it's easy as pie. As soon as Bruno was placed in my arms in the hospital, I fell desperately in love. His soft little head, his funny little cries, his sweet and tiny feet... Oooh, a new baby is the most wonderful, most delicious thing in the world. We are so lucky.

The postpartum time has been so much easier this time around. Perhaps it's because Bruno is such an easy baby, or because Hugo is already so big. Or maybe it's because I made a solemn vow to myself to never let a day go by without a shower and putting on real clothes and makeup? (Pro tip for all new moms!) Let's just say it's a happy confluence of all of that. I've even been cooking - soba noodles and Molly's granola number 5, banana bread and beef stew, no-knead pizza (delicious) and kibbe.

In other news, it has felt dissonant at best to be immersed in the heady, joyful and exhausting world of caring for a newborn simultaneously with what has felt like the breakdown of so much that we as U.S. citizens hold dear about our country. I am heartsick and enraged by what is happening at the highest levels of government and by the many accounts of cruelty and intolerance trickling down to the population at large. But I am also heartened and proud of my fellow Americans who are resisting as best they can through protest, activism and civic engagement.

It is so easy to feel helpless and hopeless, but the truth is that we all can pitch in and help defend the values that make America such a special place. Inspired by Happy Menocal, I held a little fundraiser for the ACLU on my Instagram account a couple weeks ago. It went so well (and so quickly - $1000 raised in about 10 minutes!) that I am determined to keep going with these little acts of solidarity with the organizations and people who will defend the best parts of the American experiment.

To blog about food in a time of such crisis has felt so impossible to me. I'm still trying to figure it all out, how to write about inconsequential stuff like granola and beef stew while also channeling my outrage and despair productively. Luckily, my amazing colleagues in the online food world are on it:

Tim writes about how to make fundraising for a cause you believe in a sociable and fun experience - right in your own home.

Food52, after pledging more diversity, both in their staff and in the subjects they cover, publishes a thought-provoking piece on turmeric latte and cultural appropriation.

Catherine regales us with her hilarious ('cause they're true) protest signs - plus tomato soup.

Amelia made me cry with her realization about us and Hillary. Plus she made onigiri to take to the Women's March in LA. Smart lady.

Sarah puts into words so much of what is swirling in my head these days about our new reality.

On a much more personal level, earlier this year, in an effort to include more diverse voices in my book diet, I committed to reading at least 12 books this year by people of color. I have always considered myself an open-minded, Black Lives Matter-supporting, bleeding heart liberal, but if the past year has proven anything, it's that even us well-meaning white people still have so much learning - and opening of minds - to do. It's not that I've avoided writers of color in the past, but my book consumption definitely skews white and I think it's important for me to intentionally seek out other voices this year. I feel a little funny spelling this all out here, but maybe that discomfort is part of the point.

So far, I've read Colson Whitehead's The Underground Railroad (I actually started just before the election and then found myself so devastated by the racist implications of what happened on November 8th that I had to stop reading until I could bear it again), Yaa Gyasi's Homegoing (read entirely during bleary-eyed night feeds and it was still riveting) and I've started Ta-Nehisi Coates' Between the World and Me (exquisite writing on a subject so infuriating - the unequaled violence that black bodies have always endured and must continue to endure in America - that I keep having to put it down and take deep breaths before continuing. Also, I am decidedly not someone who highlights sentences or passages with a pen when I read, but I may have to make an exception for this book.). Next up: Zadie Smith's Swing Time, Jacqueline Woodson's Brown Girl Dreaming, Ayobami Adebayo's Stay With Me and Brit Bennett's The Mothers. Have any more suggestions for me?