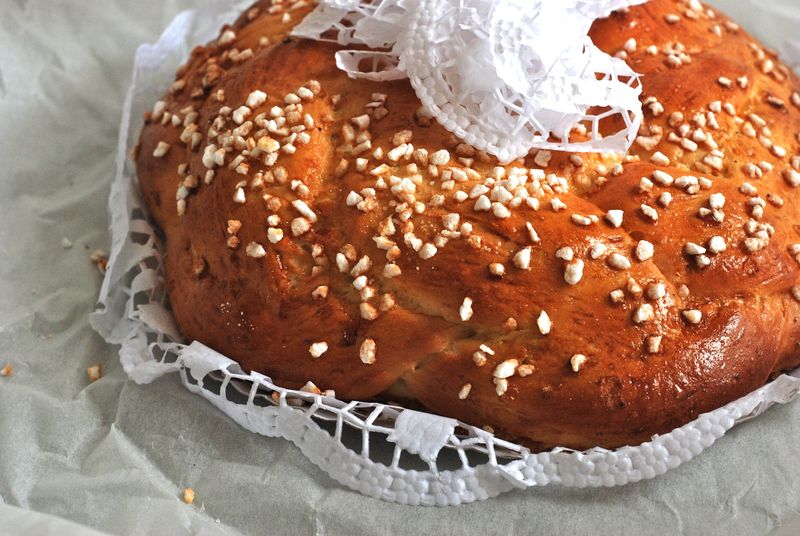 I have big, happy news today: I'm writing a cookbook! After I wrote My Berlin Kitchen and tested 42 recipes, I sort of swore, like almost blood oath, that I'd never write a cookbook, but then I birthed that sweet baby of mine and then a couple years passed and Ten Speed Press came a-calling and I found myself writing a proposal for them - because hello, of course - even though there was that almost-blood oath and then I started getting sort of excited about the proposal and then found I actually really wanted to write the cookbook and, phew, what a relief because Ten Speed up and bought the proposal and now it's official:

I'm writing a cookbook and I'm so excited about it, a book on German baking in all its glory, from yeasted cakes, whole-grain breads, fruit strudels, and dumplings to nut tortes, cakes, and savory pies, plus a whole chapter on Christmas baking that will be sure to send me straight into the nuthouse. There will be around 100 recipes and lots of photos and little stories and I hope (and pray) it will be both classic and comprehensive enough to find room on your shelves for years to come.

(The gorgeous braided Easter loaf that you see up there comes from a wonderful family-run bakery around the corner from my house that still makes many traditional German pastries, cakes and breads, sadly rare for Berlin.) We flew to Italy last week for a little spring break.

We dyed eggs for Hugo's first egg hunt, which was a roaring success until he ate one chocolate egg too many and turned into a (screaming, sugar-crazed) pumpkin. We played ball, which led to Hugo's first word in Italian ("palla!"), and watched the cat eat breakfast (and lunch and dinner) and ate our weight in sweet, delicious vegetables. From zucchini to Swiss chard to artichokes to peas and fava beans, everything tasted like it had been picked that very morning. 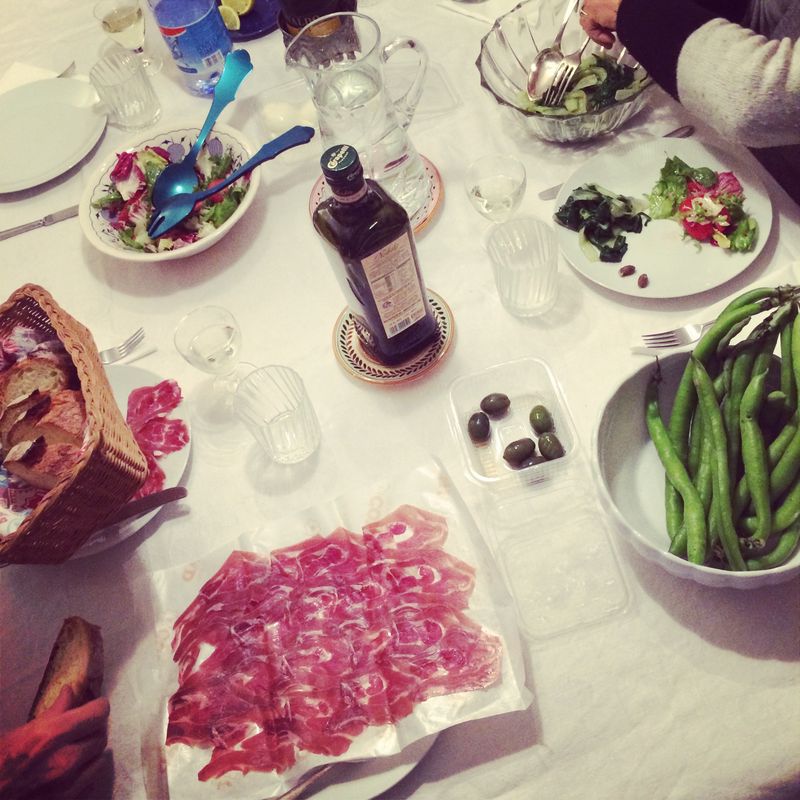 And then Max and I got up at dawn one morning and went to Rome for three days on our own, which was long overdue and much-needed and blissful in every sense of the word. 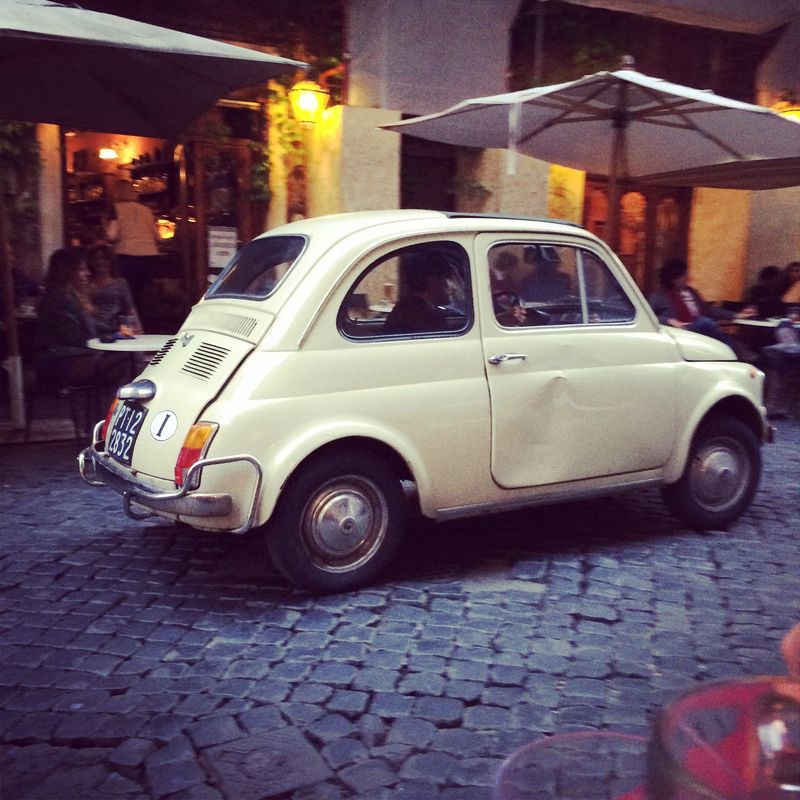 We stayed at the Hotel Anahi, a little gem just off of Piazza del Popolo. Despite the location and our room on the first floor, it was wonderfully quiet at night and so cozy and sweet. I know Rome relatively well - my mother grew up there and lived there for three years while I was in college - but Max had never been before, so we decided to keep to a relatively small area for our visit, nothing further than what we could reach on foot.

The same friends who recommended the hotel also told us about a lovely bar to stop in for breakfast - Caffè Canova Tadolini on via del Babuino. The slant-roofed little building used to be Canova's studio and is filled with busts and other sculptures and now houses a bar (and restaurant) serving very good coffee and a wonderful plain cornetto - faintly scented with orange and yeasty-crisp. 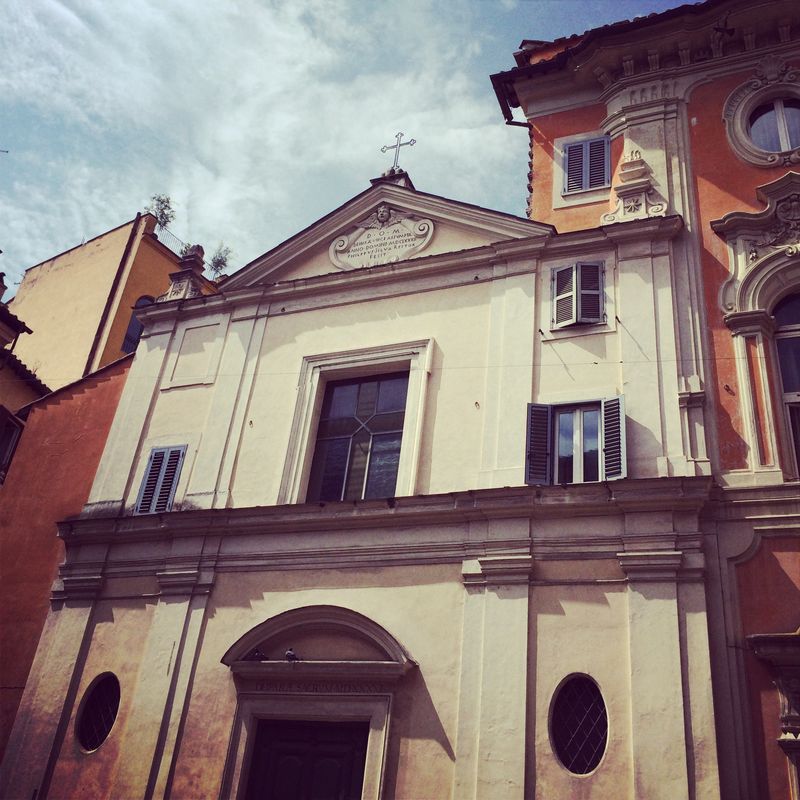 We had three good lunches - at Sora Margherita in the ghetto, which was good but more touristy and expensive than I remembered (which, to be fair, was at least 15 years ago, when it was just one little room with five tables), at the Antica Birreria Peroni near the Trevi fountain, which is where my mother and her colleagues used to eat for lunch all the time, and at Enoteca Corsi, which was new to me, but has clearly been there forever and was filled with Romans.

Our dinners weren't as successful due to lack of advance planning, but it was hard to care. Rome is Just So Beautiful. It's almost too much to take. The weather was spectacular and we walked around with our mouths open in wonder most of the time. 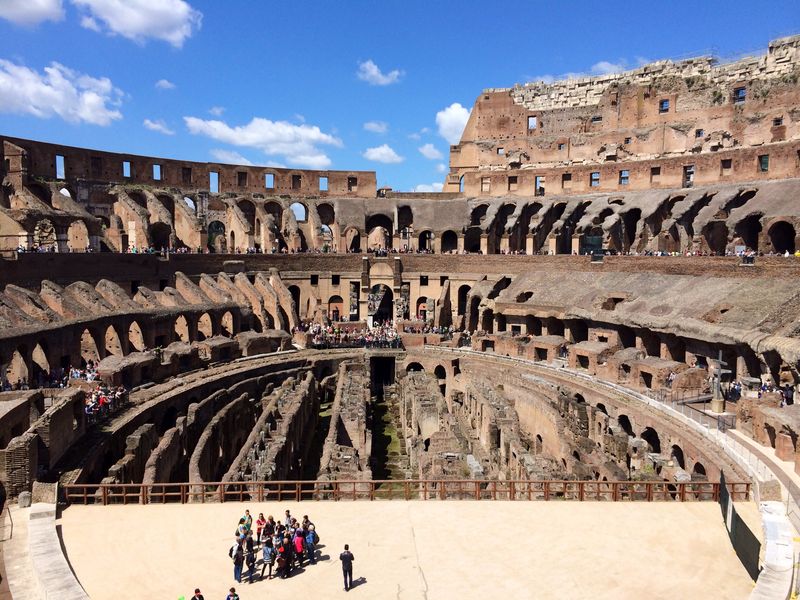 And the surprise (to me) highlight of the trip? Visiting the Colosseum. I had never been inside before and was a little nonplussed when Max insisted on it. All those lines! All those tourists! But I'm so glad he did - we spent over three hours inside, agog at the whole thing - the architecture, the historical details, the sheer size, all of it. Humans, man. History, man! Amazing. (We did an audio tour, which was fine, but if we could do it again, I'd shell out the cash for a guided tour to access also the lower- and uppermost levels. In case you're planning a trip to Rome anytime soon...)

I don't have a recipe for you today. I hope that's okay. The days pass by so quickly lately. Life is good and full, but nonetheless, or maybe precisely because of that, I've felt death lurking.

The other day, though - it was a Sunday, I know, because Max was home and playing music on the stereo - the three of us were spending time in the living room together when a song came on that propelled me to my feet. The music simply possessed me. I couldn't not move. As I twirled and swayed and danced, I closed my eyes, imagining myself in the desert of Mali with this song filling the black night. I imagined seeing a canopy of stars above me, a crowd of humanity beside me, joy in my heart. And when I opened my eyes to my life here again, I saw that Max had wordlessly taken Hugo up in his arms and they were dancing with me, the three of us moving together as the magical sounds of the music filled our apartment and made my heart so full that my cheeks were drenched when it was over.

It was just a funny little thing, but I'll never forget it. And when I went to find the translation of the lyrics to the song that so moved me (sung originally in the Tuareg language of Tamashek), this is what I found:

I am telling you, love
As it was
My darling, as it was

This time here
Love is everyone’s worry
From the bottom of their soul
Without knowing
What to do.