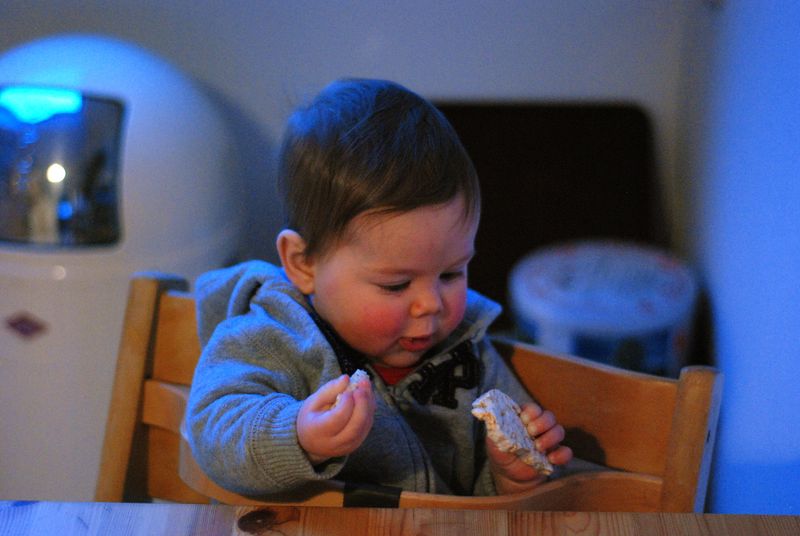 Cultural differences, folks! So colorful, so funny, so endlessly interesting. Unless you're the mother of a hungry baby and you find your head spinning with every different answer you get about what you should feed your child.

Take, for example, the first solid food a baby should eat.

The Italians say to make a vegetable broth out of carrots, potatoes, tomatoes and onions. Let it cook for 50 minutes, then strain out the vegetables and use the broth to mix together a meal out of rice cereal and a spoonful of olive oil.

Meanwhile, the Germans say that a baby's first food should be a carrot boiled in water and puréed until smooth. The idea that onions or olive oil would be part of the first meal is totally unheard of. Couldn't onions irritate the stomach? Isn't olive oil far too strong of a taste? Meanwhile, the Italians say that carrots are constipating, so why on earth would you start a baby out with that? And put more Parmesan cheese on that poor child's plate!

(Implied outrage on either behalf mine, but, you know, based on reality.)

Over the ocean in America, conventional wisdom has it that the first food should be a soothing bowl of iron-fortified rice cereal. I gave that to Hugo a few times until I tried it myself and then decided life was too short to allow my kid to get used to wallpaper paste.

It's confusing and a little frustrating to hear so many conflicting opinions, especially at a time when you're feeling insecure about how to proceed. I've logged plenty of hours online doing searches for "7 month old olive oil okay?" or "8 month old yogurt safe? and feeling overwhelmed by the amount of answers to be found online. But on the other hand, once you start to realize that precisely because there's so little consensus there's not much you can do wrong, it's pretty freeing.

After all, while the Germans, for example, keep strongly flavored and spicy food away from small children, something tells me that Indians, say, don't keep the chiles and spices out of their babies' first meals. (Or do they? Tell me, readers!! I would love to know more.)

In fact, all the conflicting opinions on baby's first foods reminded me a lot of being pregnant and how each of my cultures had different banned foods that they were convinced if ingested would result in tragedy. When, really, a little nuance would have been more appropriate. (This blog post resonated so, so much with me - and helped me decide how to feed myself during that time.)

So tell me, readers, what did your culture (or your mother's or mother-in-law's) dictate you first feed your child? And how have you dealt with conflicting opinions about what your child should be fed?

Cultural differences, folks! So colorful, so funny, so endlessly interesting. Unless you're the mother of a hungry baby and you find your head spinning with every different answer you get about what you should feed your child.

Take, for example, the first solid food a baby should eat.